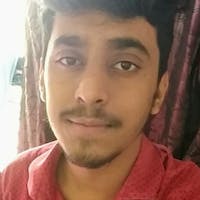 Data Structures are one of the most important parts of programming. Real-world data is often unstructured and raw. In order to perform operations on data, we need to organize data in an efficient way. This is where data structures come into play. Having a good grasp of data structures help us write efficient code to develop faster, efficient, and scalable applications. They organize data in such a way that we can easily perform various operations like insert, update, delete, traverse, etc.

There are many data structures for different use cases, one of the most popular and hot topics for interviews are Linked Lists. Today, we will take a deep dive into linked lists. By the end, you’ll know what a linked list is, how to create a linked list, and perform various operations like insertion, and deletion.

What are Linked lists?

In arrays, we need to specify the size before using it. In a practical scenario, we can’t predict what would be the size that is required to store all the data in an array. If we specify a size larger than what is required, we may end up wasting the non-used memory. If we specify a size smaller than what is required, we may not be able to fit all the data in an array. To overcome this, we have another data structure called the Linked list. A linked list is a non-primitive data structure where nodes are connected to each other that are stored in a non-contiguous memory location.

A Linked list is a non-primitive linear data structure. Unlike arrays, they aren’t stored in contiguous memory locations. They are stored in a random memory location where the first node is connected to the second node, the first node has the address of the subsequent node, and so on. The last node has null in the next field that depicts its the end of the linked list.

Linked List can contain any primitive or non-primitive data. Hence, we have defined it generic. We define a constructor where we will pass the data to create a node. By default, next would be null. We can later update the next field to link it to another node.

Taking input and creating a node

After specifying a Node class, we can simply create a node (integer) with the following syntax:

We have created our first node with data 10 but creating multiple nodes using this approach is not efficient. We can create a takeInput function for this purpose.

We can print all the elements from a linked list by traversing each node and printing it. Let’s create a printList function for this operation:

We can insert a new node at the beginning, end, or any specified position. The code for the insertion function is the following:

Like insertion, we can also delete from the beginning, end, or any specified position. The code for the deletion function is the following:

3. Circular Linked List — In a circular linked list, the last node has the address of the first node forming a circular chain, hence the name.

Advantages and disadvantages of linked lists

Every data structure has its own advantages and disadvantages depending upon its use case. It’s important to know where linked lists do well and where not before using them.

I hope you got a fair understanding of what a linked list is and how can we perform basic operations on them. If you have any feedback or suggestions, feel free to reach out to me on Twitter or LinkedIn